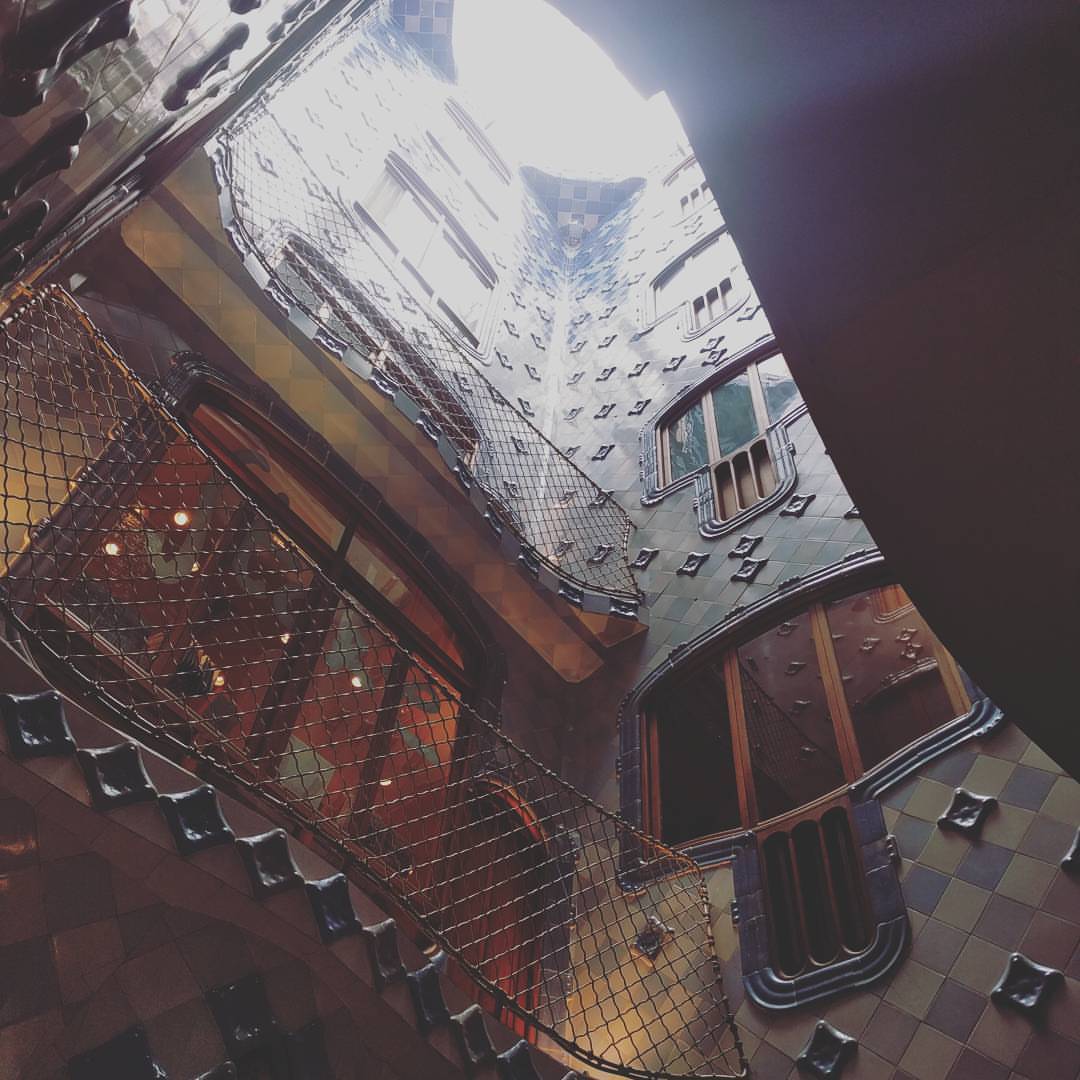 Layla looked up from her beer. A man with big blue eyes swayed slightly, leaning on the table for support. He looked perfectly at home in this dingy bar, which demanded ’20 persons maximum’ but was crowded full of foreign students and bemused locals.

“How are you? My heart, it is beating for you…like a potato.” Layla tried to figure out what that could possibly mean and hoped that he wouldn’t think she was rude if she laughed at him. He was probably too drunk to notice. “That is my cousin,” the man pointed at a burly Spaniard, whose hands were clenched around a beer like it was the Holy Grail. His greasy hair flopped into his eyes and he looked like he couldn’t choose between pushing it away and letting go of his beer. “Whole family very beautiful, no?” Layla snorted into her drink. She managed to disguise it as a cough.

“Que tal chico?” Maggie had strolled over. She spoke in rapid Spanish, gesticulating wildly. The man watched her, looking eager, confused and then disappointed. He stepped away from Layla and blew her a kiss as he walked away, shoulders slumped.

“What did you tell him?” Layla asked.

“That you were training to be a nun.” Maggie winked. Might as well be, Layla thought.

Maggie took Layla to a square in the heart of the city. The evening was balmy and Layla pulled self-consciously at her heavy tights. Chairs were arranged haphazardly around a large poplar tree. The crowd was a mix of people trying hard to be arty and people who were so arty they didn’t care. Layla loved the lilting sound of the Spanish poets as they competed for the attention and rapture of the audience. Enterprising Indians sold cans of beer and cigarettes at the edge of the crowd; convenience had a mark up. Layla’s father had lived in much the same way, not regularly, always searching for the next big thing. Layla had loved to fold the navy cotton as he unwound his long turban.

It was nearly midnight but this was early by Spanish standards. Layla and Maggie walked hand in hand towards a tiny restaurant for paella. The shuffling waiter looked distraught as they entered and threw his hands up in exasperation, as though the idea of people actually coming to the restaurant to eat was ridiculous.

“How do you feel?” Maggie asked. “Are you glad you came?” She grinned wickedly. Maggie knew Layla was glad she came. This place represented an escape for her. She had run here just as Maggie had a few years before, disappointed by failed aspirations, despairing parents and most of all by love.  The pain was less raw now, but Layla still wondered what part she would play in their great romance. Would she be the aside, the inconvenient pre-existing person who needed to be written out so that their love could flourish? Would their children ask about how they met? Would she even be remembered as part of that story? When Layla voiced these thoughts, Maggie laughed softly. “I love the way you think, Lay,” she’d say. “I’ve never known anyone who thinks like you. You’re such a,” she hesitated for the word and settled on “romantic.”

They met Maggie’s friends at the end of Las Ramblas. Women in sparkling pink cowboy hats with L plates attached to their chests hooted past. They stood drinking warm Estrellas and surveying the scene.

“My name is Aleksander.” A young man shook Layla’s hand formally. She said hello. “Are you English? I’ve been to England. Fortnum and Mason.” He smiled.

“Yes.” He was succinct. “Now let me teach you some Swedish.”

Layla felt giddy by the time they reached the second bar. Aleksander steadied her, one hand on her elbow. Maggie walked in front with a French girl, whose first words had been “I ‘ate this city”. If anyone could make her love it, it would be Maggie. At the bar she ordered more Estrellas and shots for good measure. This was one way to forget a broken heart, Layla thought wryly. Get so drunk you forget who you are. The bar managed the impressive feat of seeming like it was underground, despite being on the first floor. The walls were brick and dripping with the liquid of nights gone by. Layla swayed away from Aleksander towards the toilets. A Spanish girl with a mane of dark curly hair stood hammering on the door of the ladies’, venting her  frustration on the weak slatted wood. She directed a whirlwind of unintelligible Spanish at Layla who quickly explained that she couldn’t understand.

“They are taking so long,” she gestured at the door. “I think they are…” She placed one finger on her nostril and inhaled sharply. The door banged open and two beautiful girls, wearing bandeau tops and hot pants, emerged, followed by a swaggering man with white powder around his nose. This night was a million miles from Layla’s previous Saturday and the Saturday before that, watching whichever generic talent show happened to be on TV and wondering if he was with her. This felt adult and somehow a bit less frightening.

As the sun came up, Layla, Maggie and Aleksander were on the beach. Layla had kicked off her shoes and the sand was sharp on her feet.

“Come on Lay, let’s go in!” Maggie was stripping down to her underwear. Aleksander had already kicked off his clothes and was running for the water. Layla stood for a moment, considering. The fear that she would never be able to forget it, or drop it, or move on, suddenly felt irrational and stupid. She looked along the beach, taking in the discarded pedalos, ready for the tourists who would swarm to the sea in the afternoon sun. The collapsed umbrellas at each beach café rippled in the early morning breeze. This was the place where she could be happy. This was her life without him now. Layla smiled, pulled off her dress and ran towards oblivion.