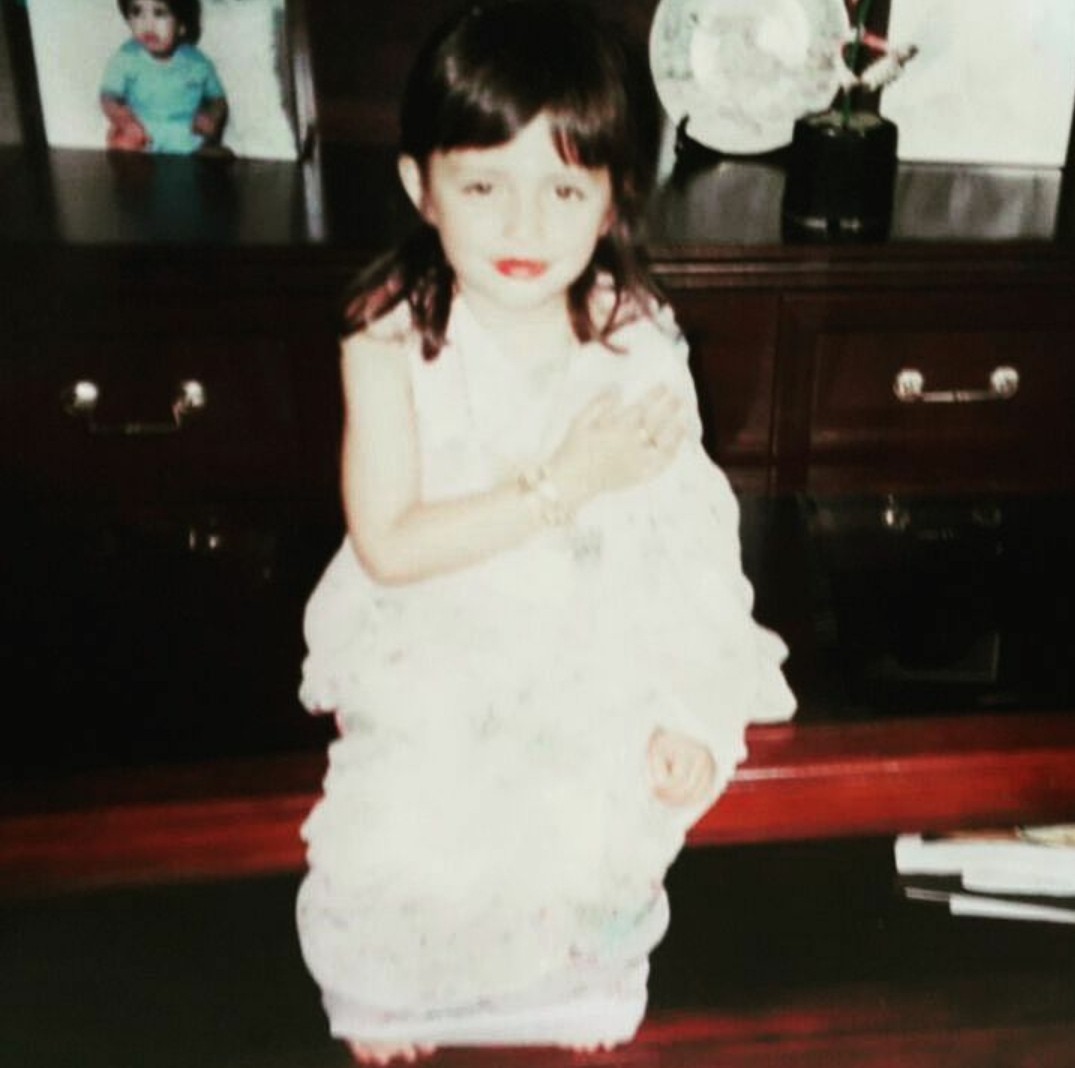 I waited in the tailor to receive my newly sewn clothes and my name was everywhere. The name which had always been considered so exotic and unusual back home was emblazoned above every other shop in this country of heat. When I first arrived in Amritsar, I took my digital camera from my bag, wrapping the cord securely around my wrist because I was so utterly paranoid about thieves, and I clicked the shutter again and again, documenting the fact of my name being here and thinking of my family, who might have walked these roads half a century ago, who also might have experienced the pervasive red dust which stained the seams of my trousers.

My imaginings of my family in India were always a little blurry around the edges. I knew they had lived in a Punjabi village but I didn’t know where exactly it was. In my mind they had lived in abject poverty, coming to England in search of a better life, but some of our mythology didn’t fit with that version of events. And some things were lost in translation.

Part of me had hoped that when I came to India, hennaed my hands and dressed in modest salwars, I would be mistaken for a local. I would fit in here just as easily as I fitted in back home in Oxfordshire, in command of my words, friendly and curious, fundamentally just quite nice. After all, India was half of my heritage. It made sense. Two factors stood in the way of my hope of easy belonging. Firstly, I couldn’t speak Hindi or Punjabi. I had enough Hindi at this point to say ‘Hello’, ‘How are you?’ and ‘What is your name?’ but I still shaped the words in my mouth with the bewilderment of a toddler discovering speech. I recognized lots of Punjabi, having listened to my family yell at each other in it for nearly twenty years, but that didn’t mean that I actually knew what any of the words meant. Secondly, I had chosen to surround myself on this trip with white people who were just like me, who acted as a buffer between me and any genuine conversation with Indian people. The only Indian people I came into contact with were the English-speaking guides on our trip and the occasional shopkeeper who I scandalized by buying bottles of rum.

I watched in wonder at the Wagah Border, where a noisy emcee hyped up the crowd on the Indian side, his voice echoing through the squeaking sound system. Excited cheers and stamping feet accompanied each shouted “Hindustan!” which then bounced back in a similar fashion from the Pakistan border. Was this patriotism? National pride? The only people I knew who would chant “England” without irony back home were drunken football fans and supporters of the BNP. Us foreigners huddled at the back, perched on thin, wooden benches, completely incongruous even with our bindis and bangles from the market. Armed soldiers with fanned hats, like long-haired zebra, paraded before us. At this drawn-on dividing line, a final gift from my British ancestors which resulted in over a million deaths, India was celebrated and pitted against its neighbor. I thought of my grandmother, aged 12, crossing this border with nothing, having witnessed spectacles no child should see. I was only seven years older than she had been then. By the time she was my age, she had four children, three of whom were lost.

There was more familiarity at the Golden Temple, where everyone’s heads were covered and their feet were bare. This was religion on a grand scale, the perfect combination of seriousness and ease. We sat on steps in the center of the complex and the sound of prayer piped through crackling speakers. I was proudly half-Punjabi at this place of worship. I confidently introduced myself to the people around me. A turbaned man greeted me, smiling, in Punjabi and the little crease between his eyebrows as I spluttered a reply put me back into my place. I didn’t deserve this special attention, being as I was, at once unknown and known, connected and disconnected. He was without malice but I dropped my eyes after that, as I reflected once more on how little I knew about this place I was half from. In the Central Sikh Museum, the men in the paintings looked just like my dad and my uncles, but these were protectors and defenders of a faith which I was only just beginning to understand. A beautiful, brown-eyed man, turbaned, with one hand on his kirpan, stood boldly in the largest portrait: defiant and proud.

The two sides of my identity squared off in opposite corners once again at Jallianwala Bagh, a memorial garden for an unarmed Indian crowd who were massacred in 1919 by the British. As we trailed around the green space which commemorated with exacting detail every unjust death, the nauseous feeling rested, heavy on my stomach. I wish I could say that I thought carefully about the difficult and complicated history of Empire, but I didn’t. I just felt ashamed and tried not to speak, in case anyone should hear my English accent. It was strange to be descended from both the oppressors and the oppressed, to benefit from one and feel nothing of the other. I remembered that I existed outside of race and politics, that I was a complete person, regardless of history. But I had never felt so in-between.

Some weeks later, back in England, in the last few weeks before leaving home for university, I went to visit my Indian grandmother at her home in West London. My clothes were loose – a result of Delhi belly – and my grandmother embraced me, as always, then instantly pulled back, pinched my cheeks and told me that I was too skinny. She smelled of spices and bleach and she walked slowly towards the kitchen to wash her hands carefully before immediately beginning to cook. I didn’t help; we both knew I was better at washing up. Instead, I poured myself a Ribena and stood with her in the tiny space, as she grated cheddar cheese into chapati dough and began to fry. She never used spatulas. She just put her hands straight into the pan to turn the chapatis, apparently unbothered by the hot oil. Afterwards, we sat on the sofa in front of Zee TV, where a soap was playing that I couldn’t understand, and she watched me eat my perfect half-Indian, half-English meal. She smiled at me. We didn’t talk much. We sank back into the cushions, reunited and content.

Some more cool projects on the mixed-race existence: