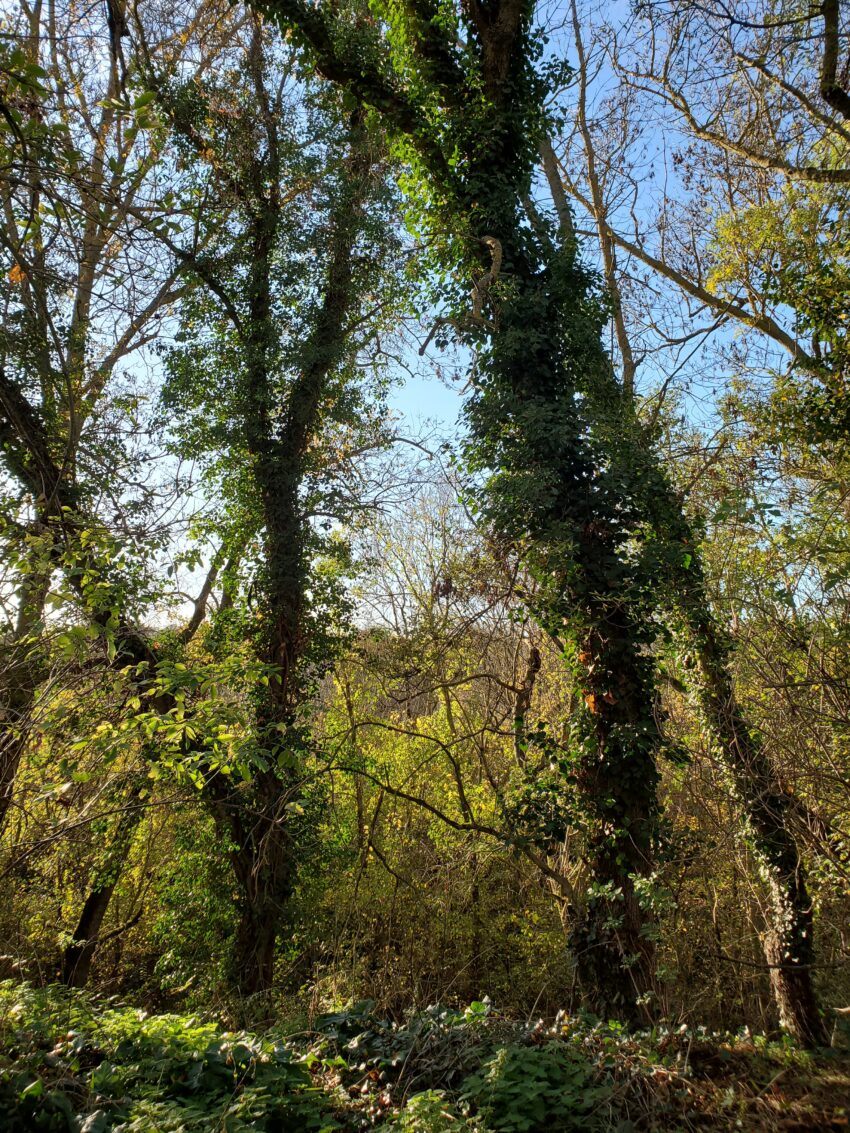 Day 32: A new month and only glimpses of him. Once, at a distance through the trees. Then, crouched inside the doorway of his hut skinning a creature, maybe a sloth. We respect his wishes and we keep our distance.

Day 45: Progress! We have seen him and even captured a video as he felled a tree. His posture was completely erect. I think he felt us watching, but he remained enclosed within his task. Each swing was absolute strength.

I dig a large, square hole, deep into the soft earth of the forest. A branch is my tool. The digging takes me all of the day, from sun up to sun down. It used to be quicker when there were more of us.

Day 53: I know that what we are doing here is right, but I wonder if he does. Do we look different to him from the men who killed and claimed this land for their own? We are his guardians here in this space, cicadas humming, the air crackling with heat.

Their eyes and machines are on me again but they do not see me under the blanket of night, as I climb into the hole and line its base with sharpened sticks. This is a trap; I do not mind what I catch.

Day 60: Yesterday, one of our crew almost fell into one of the deep holes he dug. She was crashing loudly through the jungle, apparently unaware of the attention she was drawing, when she stopped abruptly, her toes curling over the edge of the hole. There was a comedy in the way that she lurched at the rim. Later she told me she stopped because she saw him in the distance, waving a warning.

I have too many papayas. The harvest is good this year. There is nothing better than the jungle air and the mulch of the soil. I think about giving them away, to my noisy admirers, but then I remember what happened the last time our people tried to share.

Day 83: It has been almost a month since I last wrote, and during that time, it feels like the jungle has shrunk to a square. Every day, gun-toting developers fell more trees, leaving the canopy decimated, cut off at its edges in neat and orderly rows. We know his movements now. We see him more, and all of us fear the day when his home is reduced to nothing.

My family is everywhere: in the colourful cry of macaws, in the sheltering leaves, in the edges of my eyes. They do not walk on the ground, but they are with me. Although my observers are gone, other men are coming. They will take my home with force. I have a duty to these trees. I dig more holes.