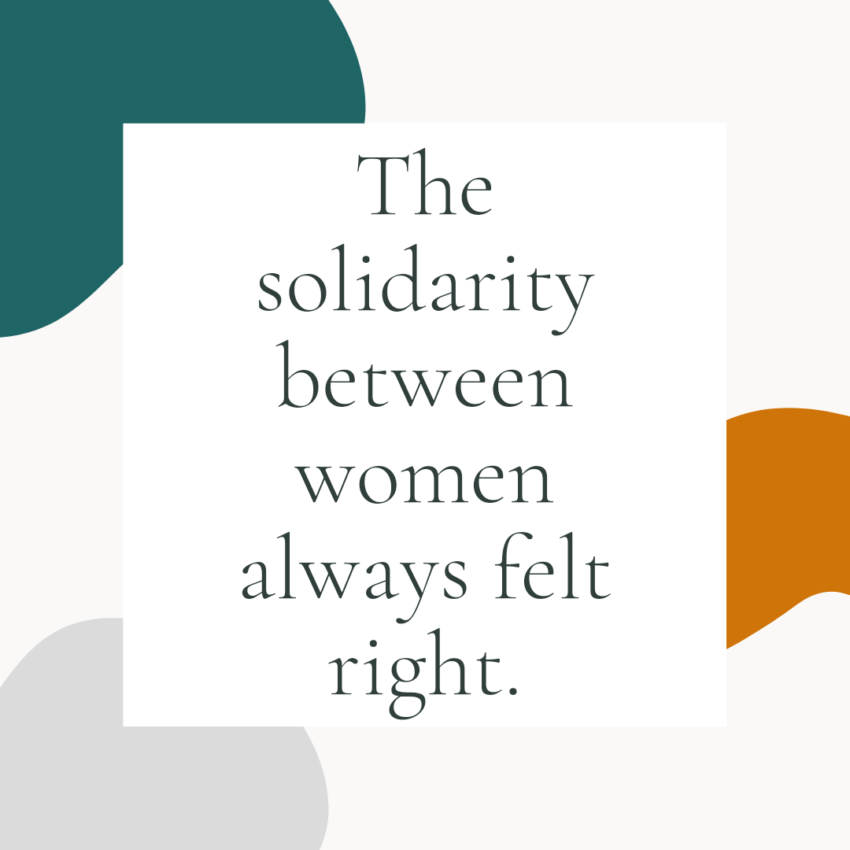 My shift was almost over and I was so bored I was actually counting the seconds. When the four late diners entered the restaurant, I nearly asked them to leave. I had had enough. But something about the incongruity of the group, their mismatched clothing and ages, and the mischief and gravity they all showed in equal measure, forced me to welcome them in, then hover awkwardly near the table.

I recognised the first woman, of course. She was world famous: Dr. Maya Angelou. She was resplendent in a dress of gold and huge earrings encrusted with diamonds. She seemed like the leader of the group, moving easily between English and French, charisma oozing from her in waves. Her second-in-command looked like she had stepped out of a Victorian time machine, a prim white collar buttoned up to her chin, hair arranged into large rolls. The others called her Marian, although I heard Dr. Maya call her George a few times too. Arriving third, chain-smoking, her eyes lined with kohl and propped up with crutches was a French woman who was the physical embodiment of cool.

“Bonsoir,” she purred at me. “I am Sarrazin, Albertine Sarrazin.” The crutches prevented her offering her hand so she nodded, a little imperiously, and took her place at the small, round table, where she was greeted with shrieks and bisous by Dr. Maya and the warmest of nods from Marian/George. The last to arrive was an older woman, who stepped into the pooling light by the door as though she feared it. She was dressed like a flapper girl but she was about sixty and the dress pulled in all the wrong places. She kept her fur coat on and strode straight past me, as though I was not there.

“Jean Rhys! Here you are at last, with all of us,” Dr. Maya crooned in her deep bass of a voice. Jean took her place at the table, wincing with the effort of bending her knees, and then they were all present and the evening began. Marian/George pulled out a stack of papers from her bag and an actual feathered quill and began to read the order of business for the meeting.

“Welcome, ladies, to the first meeting of the-“ Before she could continue, Jean cut in.

“Before we start all that, let’s get a drink,” she said, and Albertine nodded in agreement. I scurried over, then returned minutes later with wine and Ricard. Marian/George was in full flow.

“We want to celebrate the work of women in all its forms. To give other women the courage to live their truth, to step away from the pressures placed on them by men and society. To-“ she was interrupted again, this time by Dr. Maya.

“George, baby, we know why we’re here. Before we get to business, let’s just talk. Enjoy. Be together. I know it’s not every day that I get to sit with such a special group of women.” She raised her glass in salute. Albertine put down her cigarette. She was the youngest of the group by some years but in many ways, she looked like she had seen more than all of them put together.

“The honour is mine,” she said, in heavily accented French. “I am glad the invitation reached me. When I first received it, I wondered if there had been some mistake. What am I doing here among this group of visionary women? I was in jail, I did what I needed to do to survive, but -“

“And who among us has not?” It was Jean this time. The beads on her dress did not shimmer in the light. “We have all been scorned, rejected, abandoned by men… But we have all survived.” Her face was set.

“Not only survived.” It was Marian/George now. “We have blazed trails.” All four raised their glasses in a toast and I wondered what it would be like to have a seat at that table. Marian/George loosened her collar, tipped back her wine and stated matter-of-factly, “Can I just say that whatever we are eating right now is delicious? What is this?” It was a margarita pizza. All of them laughed and Dr Maya took another slice. Between mouthfuls she said,

“So, what are we going to do for the women who have to follow us? Some of them actually think they have it made, in this world.”

“Ha!” Jean smacked her hand onto the table and laughed coldly.

“There is still more work to do.” Albertine rested a hand on Jean’s shoulder and she flinched, then took the hand in her own.

“So let’s do it!” Marian/George proclaimed. All four were warm and present. The solidarity between women always felt right. “But first, can we have some more wine?” I hurried over to refill their glasses.