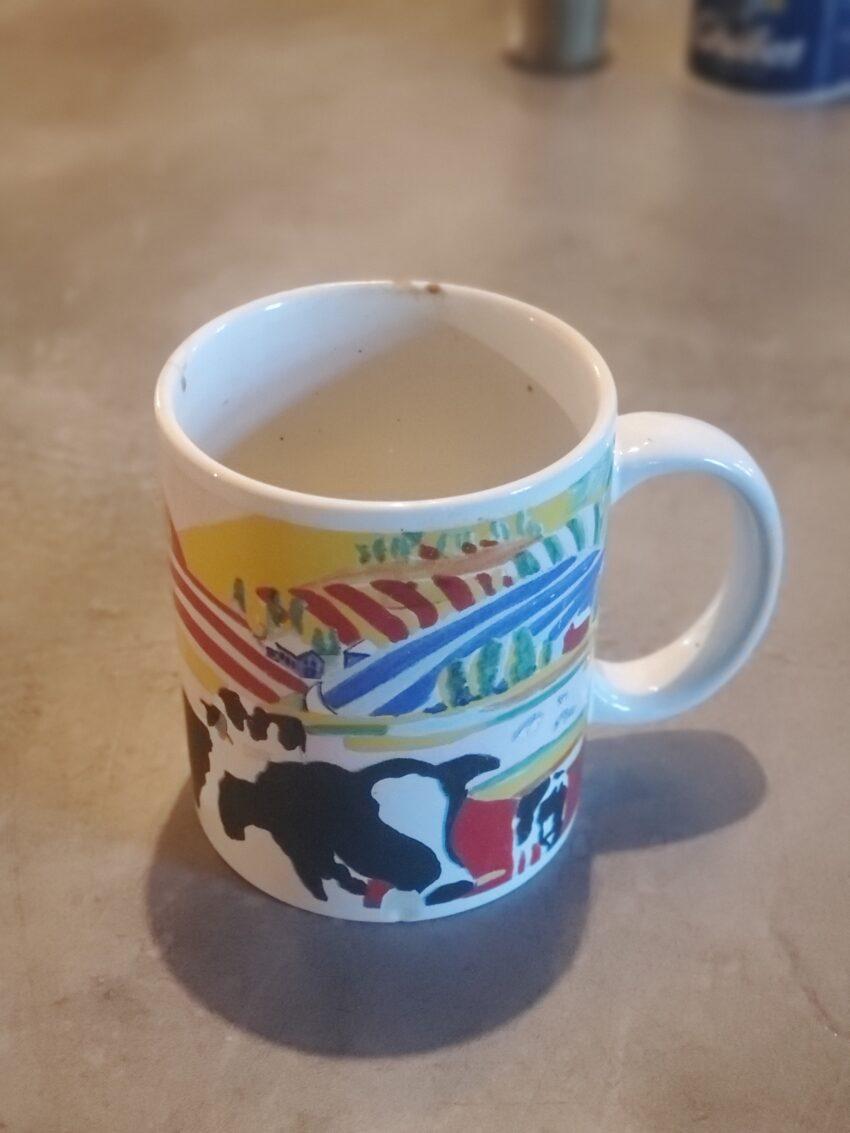 Sidney Pickle was not a stage name. It was ridiculous, really, that Sidney Pickle was a chef, just as it was ridiculous that a fireman be named Ben Flame or an animal welfare activist be named Margaret Feral. Sidney’s name had served him well in his career and at the height of his fame he had even become the face of a well-known brand of pickles, a move which had never really sat well with him, but which brought in enough cash that he no longer needed to do so many appearances on Saturday Kitchen. He was not very good at television and, although he was a household name thanks to a very smart publicist, the heat of the lights and the stiff, artificial smiles always made him feel like knocking back the large glass of red which seemed so out of place when filming at 8am. It was Saturday Kitchen, in fact, which was directly responsible for his downfall. A wiser man might have said that he himself was responsible for his downfall but for Sidney, everything which had gone wrong in the past three years could be attributed to that cesspool of a show, on which he had lost his cool with another chef and screamed expletives at him on live television, resulting in a rush to an advert break and to Sidney’s disgrace.

Where once Sidney had begun his days in an opulent kitchen, poaching eggs and slicing smoked salmon for his wife, and squeezing oranges into juice (no pulp) for his teenage daughter, he now woke up in a studio flat, alone, to a lukewarm Nescafe and stale bread. Before, he had meditated each morning after a gruelling session in the home gym. Now, he groaned and scrolled his emails, desperate for recognition, for connection, for love. Twenty seconds of vulgar language, plus the ensuing media frenzy, had lost him his family, his livelihood and his home. His career was over and he now lived on the last of his vast wealth, wondering how long he could continue paying the mortgage on his family home, where he no longer lived. His life seemed to be on permanent pause. Sidney Pickle: has-been.

One particularly grey morning in November, Sidney awoke without an alarm, his pillow encrusted with drool and his mouth the specific shade of dry which comes from drinking too much whisky. He slept long hours these days but he never felt rested. Having not maintained his fitness in the slightest, he struggled into some jeans which were too small, pulling them up high over his protruding belly. Sidney picked up a t-shirt from the floor – it read ‘Let’s get Pickled’ – and, sniffing the armpits, pulled it over his head. Then he opened the news. The headlines were much the same as always: wars, pandemics, politicians breaking promises. Sidney’s thumb fell into automatic scrolling mode and he nearly missed item number seven, which only caught his attention because it featured his name:

The article itself was straightforward: famed for his novel approach to food and accessible everyman persona, lately disgraced, death by heart attack, survived by his wife and daughter who have asked the media to respect their privacy at this difficult time. Sidney, who had moved to the toilet to continue reading, realised that his mouth was hanging open and closed it quickly, then flushed, then felt the panic begin to swirl in his stomach like undigested sushi. This had to be a mistake. He did a quick Google search; the news was everywhere. As always the tabloids carried the best and most inhumane headlines:

I am not a TV chef, Sidney thought crossly, then remembered that he was also not, in fact, dead. He dialled the number of Laura, the smart publicist, who always made his palms sweat and who had the business acumen of a baby piranha. The phone was answered but Laura didn’t say anything and the buzzing static only increased his anxiety.

“Errr… hello?” He coughed slightly, realising as he did so that this was the first time he had used his voice in days. “Laura? Are you there?” There was a silence, brief and filled with impatience, and then Laura’s South London accent boomed down the phone. She was young to have such an authoritative voice, only just 32.

“Sidney Pickle? What the actual fuck?” Beneath the aggression, Sidney could hear the first stirrings of confusion. He chuckled, but not loudly enough for her to hear.

“That’s just what I was going to say to you.” She didn’t say anything. “Laura? Have you seen the news this morning?”

“Of course I have, you idiot. That’s why I’m surprised that you’re calling me. According to the papers, you are dead.”

“Sorry for your loss,” he said sardonically. His therapist would have hated to hear him using humour as a defence mechanism. “It’s a sign of unresolved childhood trauma,” she would have said, without any hint of a smile. He hadn’t since her since his fall from grace. It was so much easier to self-actualise when you could afford your therapy sessions.

“So, obviously this has been a huge mistake,” Laura was brisk now. “I’ll call the media right now and put out a statement.”

“Thanks, Laura. God, what a weird morning.”

“It’s a shame you’re not dead.” Laura really did not have a filter. “It would have been a great way to boost cookbook sales.” He heard her take a long pull on her Watermelon Vape.

“Laura, I’m glad I’m not dead.” Sidney moved Laura to speakerphone and pulled out his laptop to assess the internet’s reaction to his ‘death’. There were a few kind articles here and there. Tributes from colleagues and fans. On the comments of his infamous Saturday Kitchen swear-a-thon video, people who had previously called him disgusting and vulgar now praised him for his ‘authenticity’ and ‘for keeping it real in a world that is so full of fakes’. Laura continued talking, but Sidney was not listening. What a gift: the chance to see what others thought of him. He remembered being a teenager and screaming at his parents with the wonderful hyperbole of a fourteen-year-old, “If I was dead, you’d be sorry!” It turned out he was right; people were sorry he was dead. They actually seemed to respect him. The thought of their disappointment at him being alive felt a bit like a meat cleaver to the head. For the first time ever, Sidney interrupted his smart publicist. “Laura?”

“Yes, Sidney?” The sibilance of the sentence came out in a hiss and he could picture her rolling her eyes.

“Do I have to be not dead?” he asked tentatively.

“What?” Laura’s voice was crisp with aggravation.

“I mean, do we have to tell the media that I’m not dead? You said yourself, it’s good for sales. And, well, it seems like people like me more when I’m dead. The comments are really nice. And even Jamie and Nigella have written tributes to me.” There was another silence, in which Sidney could almost hear the maniacal mechanics of Laura’s brain at work.

“That actually isn’t a terrible idea,” she said eventually. “It would definitely be good for our finances. What about your family?”

“I’ll talk to them. They’ll understand.” He paused. “It’s not that I want to be dead, Laura. Not really. It’s just that, right now…” He trailed off.

“I understand, Sidney. You feel like you’re in a hole. You might as well bury yourself in it, then you can start all over again.”

Sidney felt a short buzz of energy as he hung up the phone. He was a young chef again, his pan boiling over. He pulled on his dark glasses and baseball cap and strolled out of the door, back to his family home.

Unfortunately, getting anywhere near his front door was impossible as his house – highly desirable, gated, St John’s Wood – had been besieged by reporters, all of whom were huddled under black umbrellas to stave off the drizzle, looking like – oh, the irony! – mourners at a funeral. Sidney considered making a run through them all but then remembered that Becky, his soon-to-be ex-wife, had changed the locks when he moved out and he no longer had a key. Becky, who now preferred to go by Rebecki and who had lately taken to wearing draping scarf-dresses and self-medicating with CBD, would probably be surprised if he called her, considering he was meant to be dead. He didn’t want to shock her. A small part of him didn’t want to comfort her either. He thought about their daughter, Saffron, who lived up to her name by being the most expensive element of his life, but who he loved with an ardour which he usually reserved for truffled brie. How would she be handling all this? He pictured her scrolling the tributes on her phone, tears pouring from her eyes, and he knew he needed to get to her soon to save her more pain. Maybe they could go away somewhere, just the two of them, maybe the South of France, and he could show her how to make his famous courgette cake. She would like that; he would love it. For the moment, however, he saw that he couldn’t do much from here, so he began the short walk back to this studio flat, intending to get Laura to field a call to his family as soon as he got home.

Despite his anxiety about Saffron, Sidney felt like he was skipping as he marched along the grey pavements and he grinned broadly whenever he thought about this sudden and delightful turn of events. He was free. Laura had predicted a huge upturn in sales so his financial worries would be over for a while. The pendulum had swung with his ‘tragic death’ and he was no longer the media’s punchbag. He could start again, maybe change his name, and pursue other dreams. It was a liberating and slightly frightening thought.

He crossed the road, arms swinging, and he did not see the bus, despite it being red and enormous. The driver of the bus took his eyes off the road for a fraction of a second to check his monitor. Those teenagers upstairs looked like trouble. By the time he hit the brakes it was too late. Sidney, who had actually been whistling, no longer had to pretend that he was dead.